[email protected]
(Email communication should not be construed as formal legal advice nor the formation of a lawyer/client relationship.)

For over 30 years, the Little Rock attorney Paul James has focused his career in a variety of legal areas. He primarily practices in the areas of litigation, personal injury, civil rights, product liability, negligence, wrongful death, criminal defense and commercial litigation.

After receiving his Juris Doctor degree in 1982 from the University of Arkansas at Fayetteville, Mr. James practiced law with former United States Attorney W.H. “Sonny” Dillahunty for four years. He gained valuable experience and training in litigation during this time, which he has continued to build upon throughout the years. Inspired to establish his own law firm, he co-founded this law firm in 1986. Mr. James has maintained his varied litigation practice since the firm’s establishment thirty years ago.

Representing individuals who have been injured has always been a primary focus of Paul James’ legal career. Personal injury cases that Mr. James has represented have involved numerous catastrophic injuries including traumatic brain injury, paralysis and wrongful death.

Civil Rights is another area of focus in which Mr. James has devoted his efforts. He has taken on lawsuits against government entities to litigate violations of constitutional rights on behalf of both individual and class action plaintiffs.

Another area of emphasis throughout Mr. James’ legal career has been commercial litigation. Among his clients have been numerous automobile dealerships and a variety of other businesses. Commercial litigation has frequently involved resolution of contractual disputes.

Paul James belongs to numerous bar associations and professional organizations where he has contributed in a leadership capacity by holding positions on boards of directors and other officer positions. A noteworthy example is his participation as one of the founding members of St. Thomas More Society of Arkansas which was sponsored by the Roman Catholic Diocese of Little Rock and where he served as its President and on the Board of Directors. 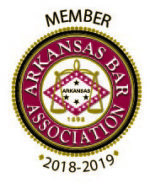